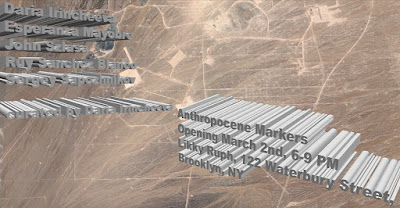 The ambitious sculptural works of John Szlaza made from various construction and found street materials such as cement, plywood, rebar, and metal netting, reflect his background in the industrial and seemingly ecologically post-apocalyptic environment of urban New Jersey, his studio practice in industrial Brooklyn, and his involvement in skateboarding culture, itself so dependent upon the use and subversion of these same concrete landscapes.

Sergey Sapozhnikov photographs his self-constructed compositions made form the detritus of his hometown, Rostov-on-Don, which he carefully places in the surrounding natural and urban en-
vironment. Often including human subjects precariously inserted into his sculptural set pieces, his large-scale photographs poetically convey the tensions and uncertainty of contemporary Russia’s socio-political problems. His latest series for which he collaborated with Rostov-on-Don dancers are juxtaposed with recent architectural photographs of urban Rostov.

Through a series of sculptural and photographic works, documenting, reproducing and reinterpreting the Venezuelan phenomenon of utilizing and customizing the grilles of ordinary room fans into television antennae, Esperanza Mayobre explores the results of human resourcefulness in the face of political and economic adversity, and the contradictions and paradoxes of what access to a government controlled media ultimately represents. The ubiquitous antennae, themselves delicate metal constructions, inhabit their own strata of the urban landscape as a communal work of self made public art.

Ruy Sanchez Blanco’s photographic work primarily explores and addresses the physical characteristics of urban development and entropy, and what it means for people to exist among the noise, dust and decay of the cycles of rise and ruin of a contemporary metropolis. The images presented are among his latest work in a project that has spanned 20 years of documenting the ever-evolving city of New York, where the only stability left in architecture seems to be the constantly changing landscape, populated by cranes, scaffolds and power shovels.

Daria Irincheeva’s sculptural compositions made from objects found in environmentally devastated or geologically changing areas of New York City are juxtaposed with large prints of bodies of water from geographically diverse regions, that vary greatly in their ecological profiles, ranging from the pristine to the catastrophically polluted. The video and accompanying zine present a satellite-view of our planet illustrating and underlining the differences in land cultivation worldwide.