Next at Yashar Gallery... 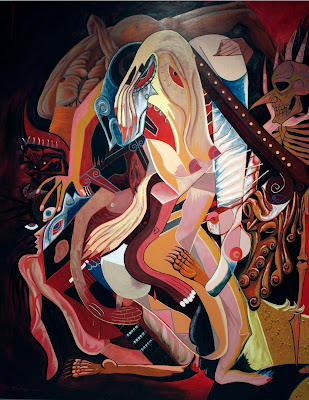 Posted by Brooklyn Art Studios at 11:26 AM No comments:

Carla E. Reyes is pleased to announce the availability of affordable prints and reproductions of selected artworks online at Fine Art America .com! Now art lovers can purchase images of Carla’s mixed-media paintings on greeting cards around $5, giclee prints starting at $20, and prints on stretched canvas starting at $50, in a variety of sizes and finishes, and available with customized matting and framing!


Posted by Brooklyn Art Studios at 8:57 AM No comments:

On September 9, 2009, Matty No Times (Three Kings Tattoo) noticed that his legs had become severely swollen. He went to an emergency room and three hours later, after multiple blood tests, was informed that he was in liver failure (see details below). Now, about 8 months later, Matty is on his way back but is in severe financial debt.

A group of all star artists, including Brooklyn Art Studios own David Sena, have joined together for a remarkable show to help Matty pay off his medical expenses. The show will be at the YES Gallery (http://yesgalleryyes.com/) located at 147 India Street and Manhattan Avenue in Greenpoint (Brooklyn) The exhibition will run from July 17th to July 23rd with a special opening reception on Saturday, July 17th from 5 - 10PM at YES Gallery with special Guest DJ Jesse Jones (Yuppicide).

ALL ART IS $350 OR LESS, and raffle goodies from KCDC Skate Shop, Tattoo Elite International, Waverly Color Company and more. The goal of this exhibition is not only to support Matty No Times, but to also present a spectacular array of noted artists, allowing our friends and peers, art lovers and collectors to view and obtain works that are both affordable and of exceptional quality, and to do this while we help out our friend and colleague. This is going to be an amazing, HUGE art exhibition with some incredible artists donating art. Don’t miss it!!

Posted by Brooklyn Art Studios at 7:49 AM No comments:

Read all about Allison Maletz's painting technique and artwork in the ArtistDaily blog.

Posted by Brooklyn Art Studios at 6:05 PM No comments:

And don't miss her upcoming exhibition at Yashar Gallery opening this Friday, July 9, from 6-9pm:

Posted by Brooklyn Art Studios at 7:42 AM No comments: 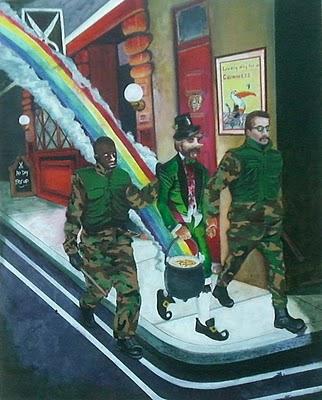 Christopher Paquet was born in Marlton, New Jersey, 1975. He earned an M.F.A. from Goldsmiths, London, in 2003. He was one of 16 young painters to be included in the 2007 Goldsmiths survey at the White Box gallery in New York. His work is widely collected in the United Kingdom, the United States and Europe.

Artist statement (excerpt):
“The works selected for Into the Void are investigations into the power of language. They employ a subjective departure into fantasy or hysteria as a strategy to address the forces at play behind semblance. They endeavor to explode the heroic, the pathetic, law and fairy tales alike, in the interest of understanding that which underlies human endeavor. To know language, first one must be willing to crash it into the wall. Only when we are picking through the debris of the old can we formulate the new. Each of us reaches out though the dark primordial void to become active agents in our worlds.” -Christopher Paquet

To learn more about the artist and his most recent exhibition "Into the Void," at Hoffman LaChance Contemporary, visit: http://www.hoffmanlachancefineart.com

Posted by Brooklyn Art Studios at 1:11 PM No comments: